Last year Baroness Stern and I co-chaired a Westminster Commission into Miscarriages of Justice inquiry into the work of the CCRC. We spent several months with our fellow commissioners, Erwin James, Editor of Inside Time, Michelle Nelson QC, the highly respected criminal lawyer, Dame Anne Owers, National Chairman of Independent Oversight Commissions and former Chief Inspector of Prisons , and Dr. Philip Joseph, the well-known forensic psychiatrist, taking public testimony from practitioners, academics and those who have experienced the criminal justice system as lawyers, witnesses and defendants , including those who felt deprived of justice.

Our report, which was not easy for the CCRC to read, concluded that while it is a much-needed public body, it must change. We were adamant that the “real possibility test” had to go. Currently, the CCRC can only refer cases for review where it considers there is a “real possibility” that the Court of Appeal will overturn the conviction or sentence. We believe that the predictive nature of this test encouraged the CCRC to show too much deference to the Court of Appeal. We concluded that the test acts as a check on the CCRC’s discretion and recommended that there be a more objective test: that the CCRC refer a case if it considers that the conviction may be dangerous, the sentence may be manifestly excessive or in law, or that it is in the interests of justice to proceed with a dismissal. This, we said, would encourage a different and more independent mindset at CPAB. Essentially, we all agreed that the CCRC was too deferential and lacked a sense of real independence from the courts.

Examination of the “actual possibility test”

Our report was debated in the House of Commons, but without the minister responding to the debate committing to the government doing anything in response to it. It is therefore with some surprise but with great pleasure that we learn that the Law Commission must consider, among a number of other issues, not only the “real possibility” test, but also whether the Court of appeal may order a new trial or substitute a conviction for another (presumably lesser) offense and if the “safety test”, used to grant an appeal on the grounds that a conviction is “dangerous”, makes it too difficult to correct the miscarriages of justice. Professor Penney Lewis, Legal Commissioner for Criminal Law, said recently that “it is essential that there is clarity, efficiency and fairness in criminal appeals at all levels. By consulting with the public, including those with direct experience of the appeals process, we can help ensure trust in the justice system and its ability to right any wrongs.

Professor Lewis is right and I hope our report will help the Law Commission in its work. After a quarter of a century, it is time for the CCRC to be reshaped and its independence strengthened. For too long he has been the poor cousin of the Ministry of Justice, metaphorically unloved and politically ignored at the end of a very long, dark corridor in Whitehall. I hope the Law Commission will allow the CCRC to properly assert itself and push forward the criminal appeals with vigor and confidence. It would be bad enough if there was only one person in jail as a result of a miscarriage of justice. We know, however, that many of these victims languish in prison without any hope of redress. This must stop. The sooner the Law Commission and then the government and parliament address it, the better.

Lord Edward Garnier QC served as Solicitor General from May 2010 to September 2012. He previously served as Shadow Minister of the Interiorshadow minister of justice and shadow attorney general. 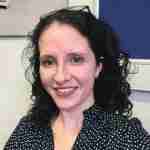 “Show us the proof” – Rachelle Cobain

full-scale review of the criminal appeal system. After years of campaigning, we at Inside Justice are relieved to see that the “real possibility test” that runs the Criminal Cases Review Commission (CCRC) will be reviewed, along with retention policy and practices. and disclosure of evidence after conviction.

We know firsthand how systemic failures in the criminal justice system lead to unresolved miscarriages of justice and shattered lives. Our work on ‘Keep the Evidence: It’s the Law’, which has raised awareness of the issue of evidence retention by police forces in England and Wales, is the result of the heartbreaking case of Roger Kearney who asked our help after he was wrongfully convicted of murder in 2010. The chance to prove Roger’s innocence and identify the real killer disappeared when we discovered vital parts had been destroyed, lost or contaminated by Hampshire Police . Those of you who watch real crime shows may have seen this devastating moment captured on the BBC TV series: ‘Conviction: Murder at the Station’.

Although the police failed to comply with their legal obligation to store these documents safely for an appeal, they faced no repercussions or punishment and when the cameras stopped rolling, our founder Louise Shorter discovered that this problem was far from uncommon. Louise uncovered numerous instances where police had lost evidence after conviction and teamed up with Professor Carole McCartney to understand the extent of the problem. Our survey of police personnel revealed that more than 75% of respondents had been the subject of investigations in which they were unable to locate exhibits, and nearly two-thirds had a case where the evidence had not been stored with the required integrity, security and continuity. The picture is no better before the trial; more than 11,000 cases, including 21 homicides and 220 sex crimes, went unadjudicated over a 21-month period due to loss of evidence.

The system is not only unfair, it is shameful. Urgent action is clearly required to improve the situation and that of post-conviction disclosures of documents and exhibits. Since the Supreme Court Nunn ruling, police forces have refused to release documents to anyone other than CPAB and we have been vocal in our efforts to change that. We have candidates who are in jail today serving life sentences for crimes we believe they did not commit, while boxes of evidence remain untouched because the police force denies us the access to perform examinations – including forensic tests.

This research spanned five years, with the generous support of this journal and our funders. The work is slow and difficult, but the Law Commission’s review represents an important opportunity to ensure that the appeals system – which includes protecting the rights of prisoners who claim their innocence to challenge evidence and appeal – is fair, open and transparent. Anything less is not only missed by innocent prisoners but also by victims of crime and risks losing public confidence in the system.

Rachelle Cobain provides media and marketing support to Inside Justice, the charity that investigates miscarriages of justice. If you are innocent and would like to apply for Inside Justice, please see our announcement on page 48 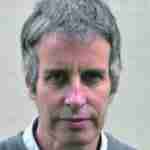 “Juries are not infallible”– Denis Eady

Cardiff University Law School’s Innocence Project engages law students under academic supervision to review the cases of people convicted of serious offenses who (hopefully) maintain their innocence. We are a last resort and always advise people to seek professional legal help if they can get it. Over the years, our chances of being able to help people successfully appeal have gone from low to virtually non-existent. There are many reasons for this, but the main reason is that the appeals system presents an impenetrable barrier, which seems to be getting higher and stronger, while due process guarantees at the trial stage have been systematically eroded over the past 30 years. In short, it has become easier to convict, more difficult to mount a defense and it is only a step closer to correcting wrongful convictions. As an old activist friend said, “To overturn a miscarriage of justice, it takes a multitude of people to move heaven and earth.”

Many of us who testified before the Westminster Commission on miscarriages of justice expressed these concerns, and we are of course delighted to hear that the recommendation to review the appeal system has been heeded by the government in sending the Commission back law. The Law Commission, however, is largely made up of very experienced barristers and judges and is chaired by a High Court or Court of Appeal judge. This could be considered a problem; however, the best quality of any professional is the ability to critically examine and improve their own practice.

According to the Law Commission’s website, its goal is to ensure that the law is fair, modern, simple and cost effective. “Fair” is first on the list, hopefully for a good reason. It is not fair to maintain the conviction of wrongfully convicted persons, nor is it “profitable”. The appeal rules are hardly “simple”; in fact, they’re just plain confusing to most of our customers. (How do we explain to our clients that the appeals system seems to be more concerned with procedure than innocence – no one expects that). “Modern” is more difficult; what do you mean by modern? It seems that being modern currently means a lower standard of proof, building more prisons and an impenetrable appeal system. The Law Commission has the opportunity to provide a modern system that frames justice in a constructive, humane and equitable context.

The Royal Commission which in 1993 proposed the establishment of the Criminal Cases Review Commission (CCRC) made it clear that it believed cases should be referred for appeal if there had been a miscarriage of justice for any reason. whatsoever, without the need for new evidence or legal evidence. anomaly. It was never passed, and it has to be. Juries are not infallible. The CCRC’s “real possibility” test ties the references to the traditional rules of the Court of Appeal. This has to change, but it won’t change anything unless the Court of Appeal is willing to change as well. It is, after all, the Court of Appeal that sets the case law in its appellate decisions.

The task of the Law Commission is a challenge, but it is potentially a historic opportunity. Keeping innocent people condemned is simply wrong and it is really time we stopped perpetuating such a perverse practice.

Dr Dennis Eady is Director of the Innocence Project at Cardiff University Law School. He is written in a personal capacity. Due to the number of requests for help, the Project currently has a long waiting list for case reviews.

Paparinskis of Latvia elected to the International Law Commission / Article

This is the first time that the Baltic States jointly nominate a candidate for the Commission. Following an active campaign, Mārtiņš Paparinskis managed to win one of the three vacant seats in the group of Eastern European States. there were seven candidates in all, but all three Baltic states threw their support behind Paparinskis. “By […]

“Vacancies at the highest level”: Law Commission and CVC share the same story